When modelling, I always try to pass through the objects I create intense and sincere emotions.

In modelling PINOCCHIUPI, I sought to endow it with tenderness, joy and serenity.

I chose to use porcelain for “Happy” and “Pouty”, and pale pink porcelain for “Piece of clay” and “Newborn”. The arms are movable, eye sockets are carved and, naturally, there are all the meticulously fine details that comecwith hand-painting.

This soft and gentle figurine will bring luck and a smile to whoever adopts her. 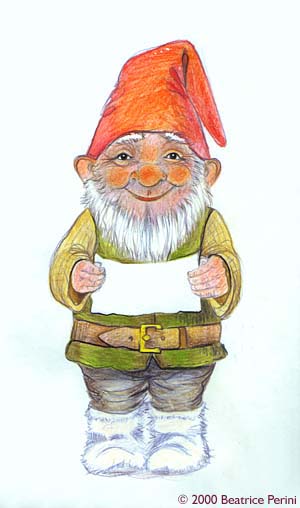 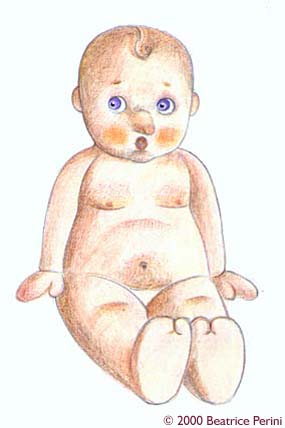 After so many years, the Gnome was going to leave.
His heart, tick-tock, would welcome the customers of the Bambolandia store. He would greet them saying: yes-tick, yes-tock.
They bought him, and were going to pick him up the next day.
That night, the store was very busy. The gnome did not want to leave without first finding a replacement. But who? They were all friends, so he did not want to hurt anyone’s feelings…
Then… What a commotion! It was dark in the store. In Venice there is not much light at night, sometimes only the moonlight. A bit of light on Beatrice’s table was shining in from the bridge.
The Gnome took some porcelain and… work it, knead it, model it and quickly put it into the oven. But the paints! Where are the paints? Oh, there they are. Now for the clothes. Come on, hurry, it’s almost morning.
Look out… Quick, Beatrice is coming… Everyone-tick back to your places-tock! Shhh…
WHAT on earth… are all those boxes on the floor? And Little Red Riding Hood knocked over? And her red shoes? She’s missing a green sock! And an apron! And… this? What is this? That nose… Could you be…?
The Gnome thought that noses did not grow perfectly in the dark. And the clothes were rather mismatched.
But Beatrice was smiling as she held him in her hand and said, “You are so beautiful. You could be our good-luck charm.“
And that is how Pinocchiupi* was born… And if you ever go by the windows of Bambolandia at night, be very quiet. Peek inside… and watch that your nose doesn’t grow longer.

*Boy doll made of porcelain kneaded by moonlight. 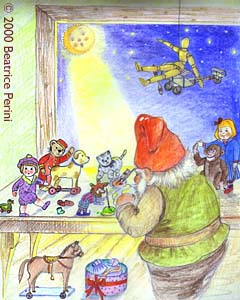 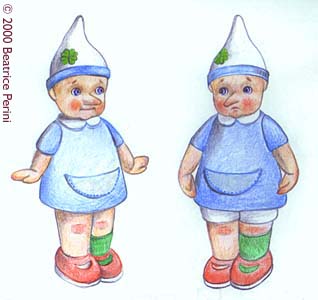 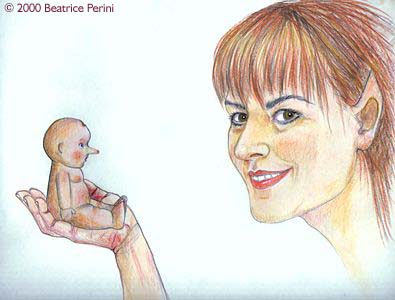 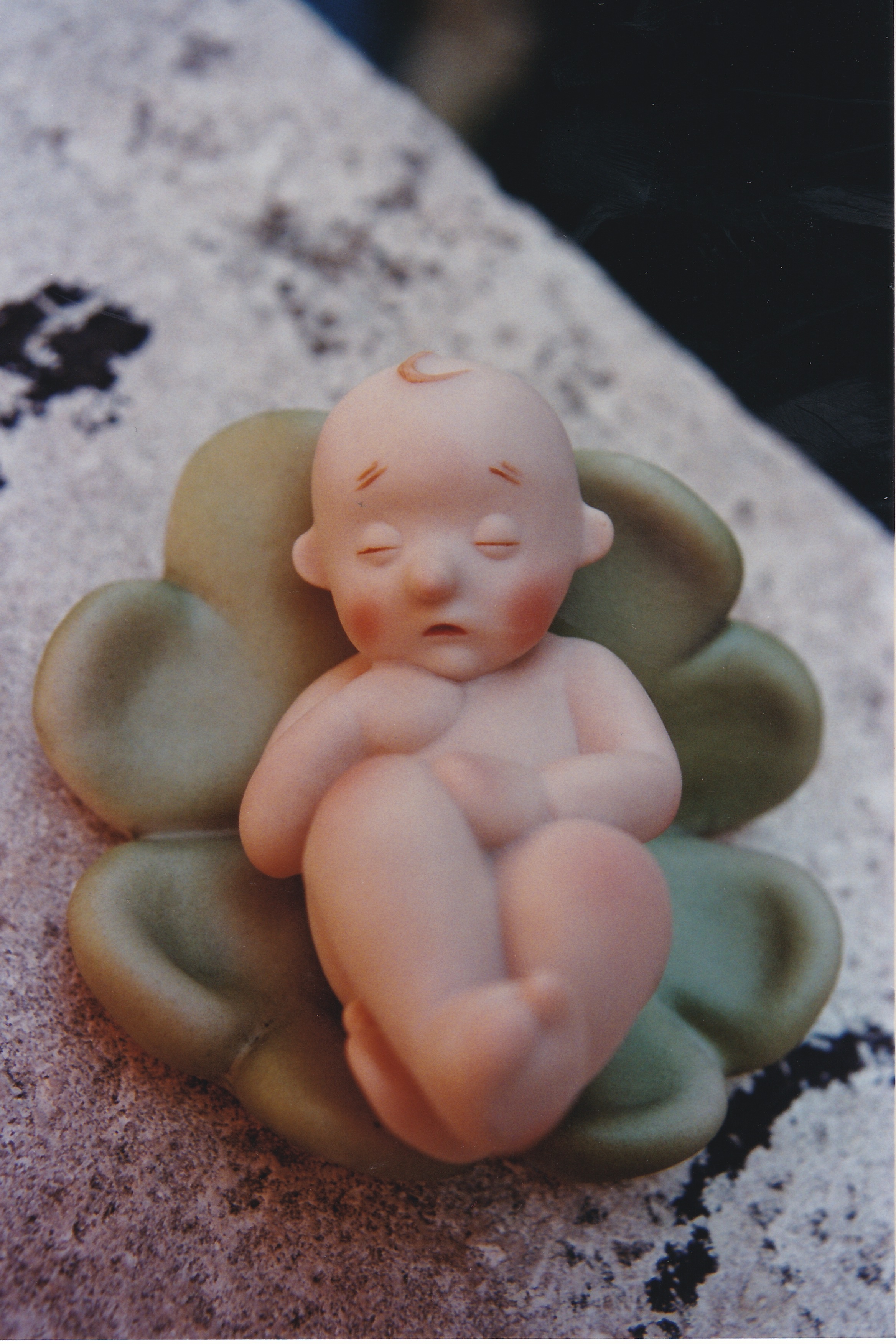 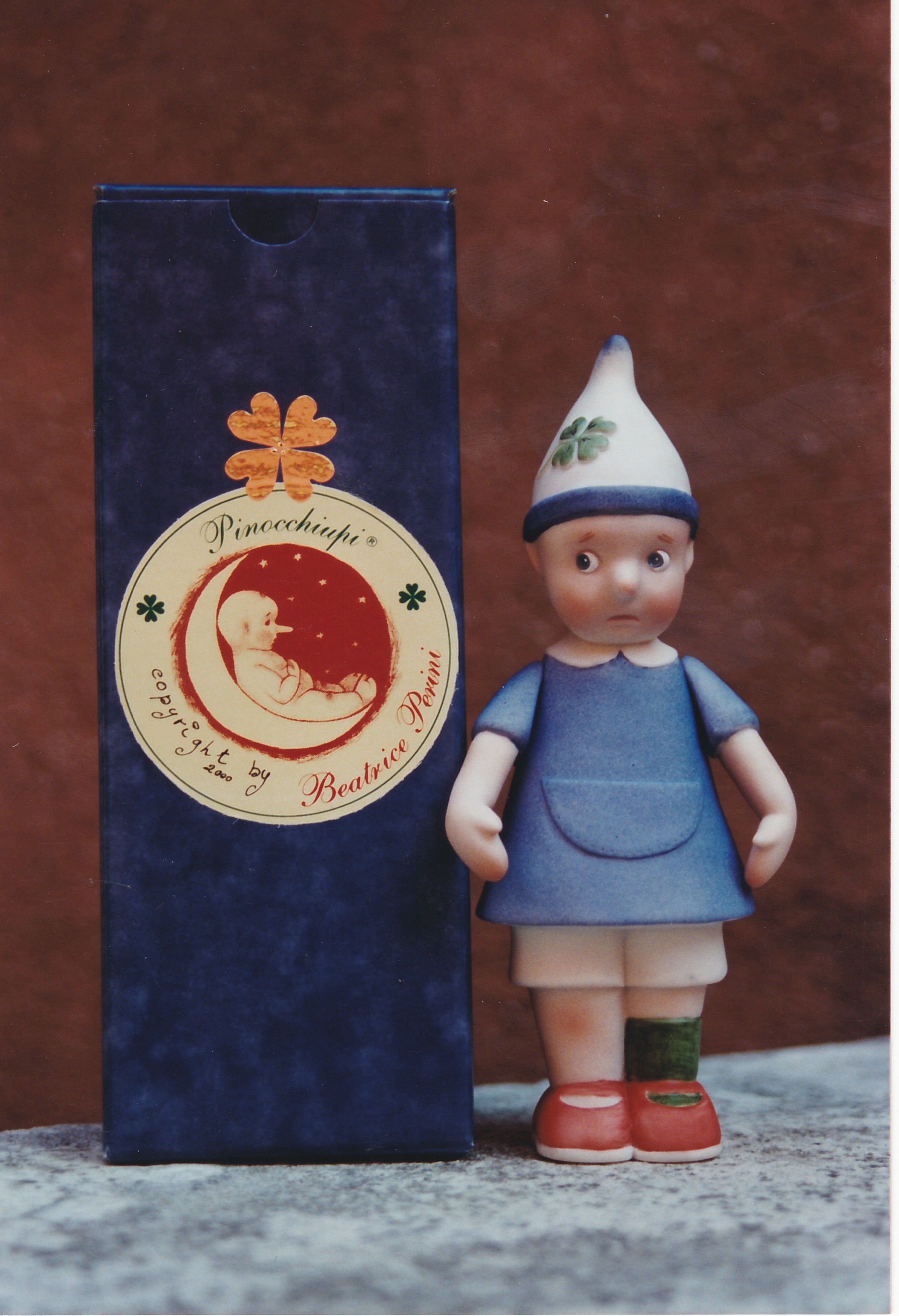 RECIPE FOR CURIOUS “KIDS” WHO HAVE NEVER GROWN UP

Ingredients: A bit of porcelain, some salty water, a green stocking, a blue smock, a pair of red shoes and a four-leaf clover.

Preparation: Mix it all well, under a full Venetian moon, than place in the oven. 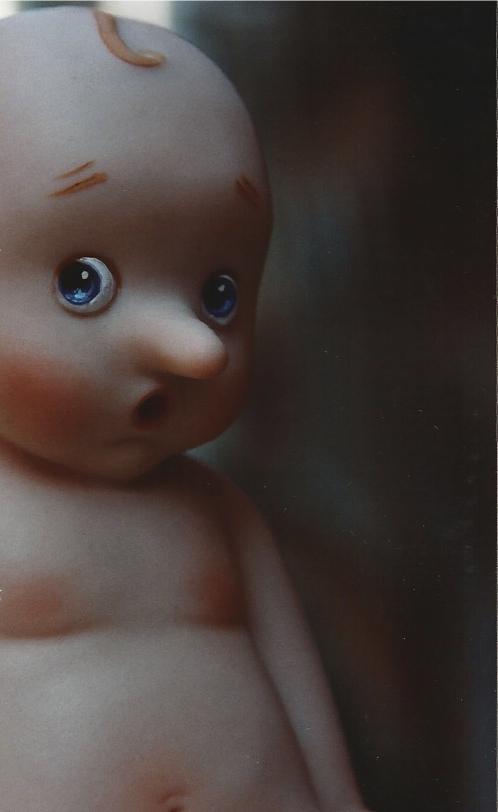 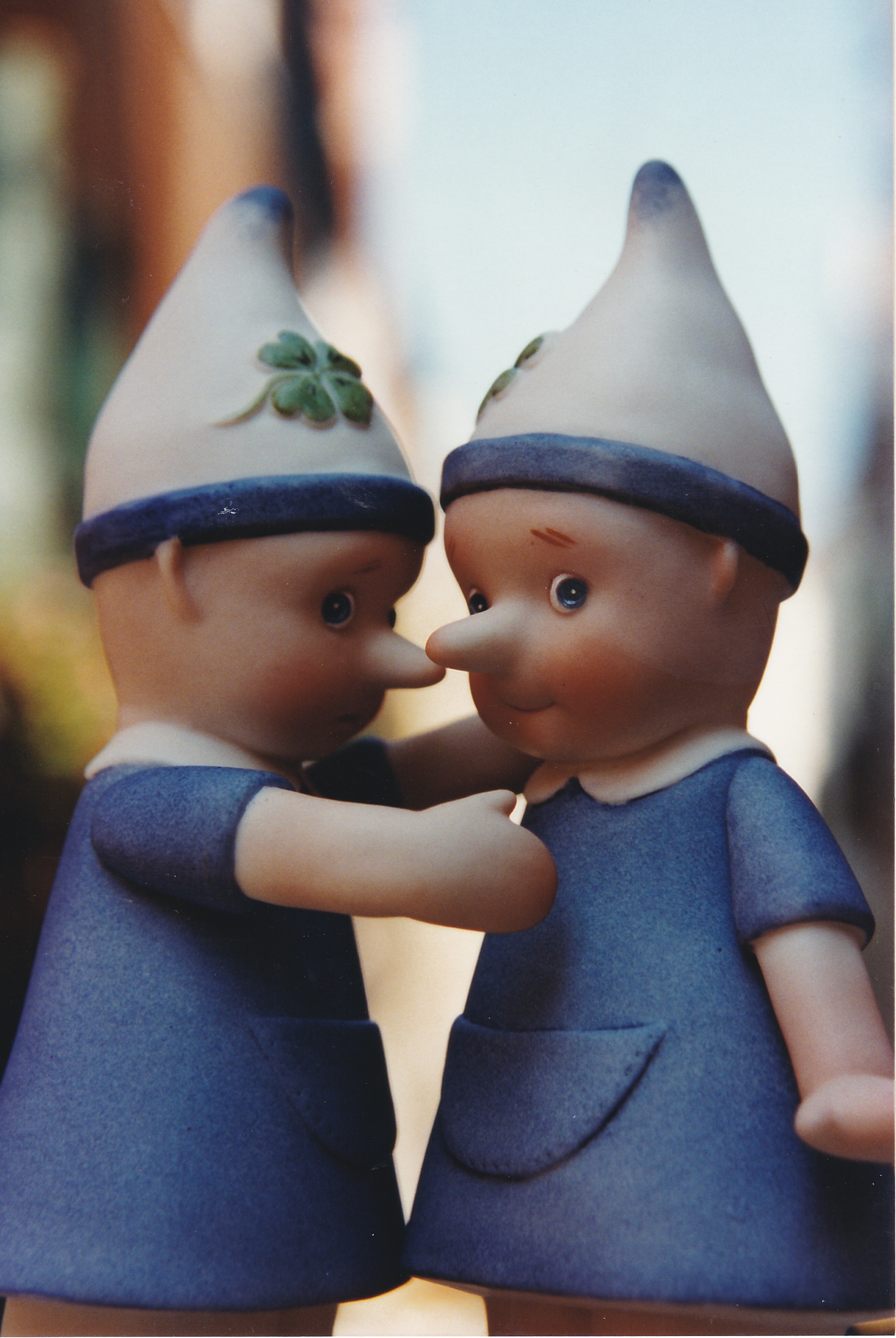 For more informations and prices, contact me by email. 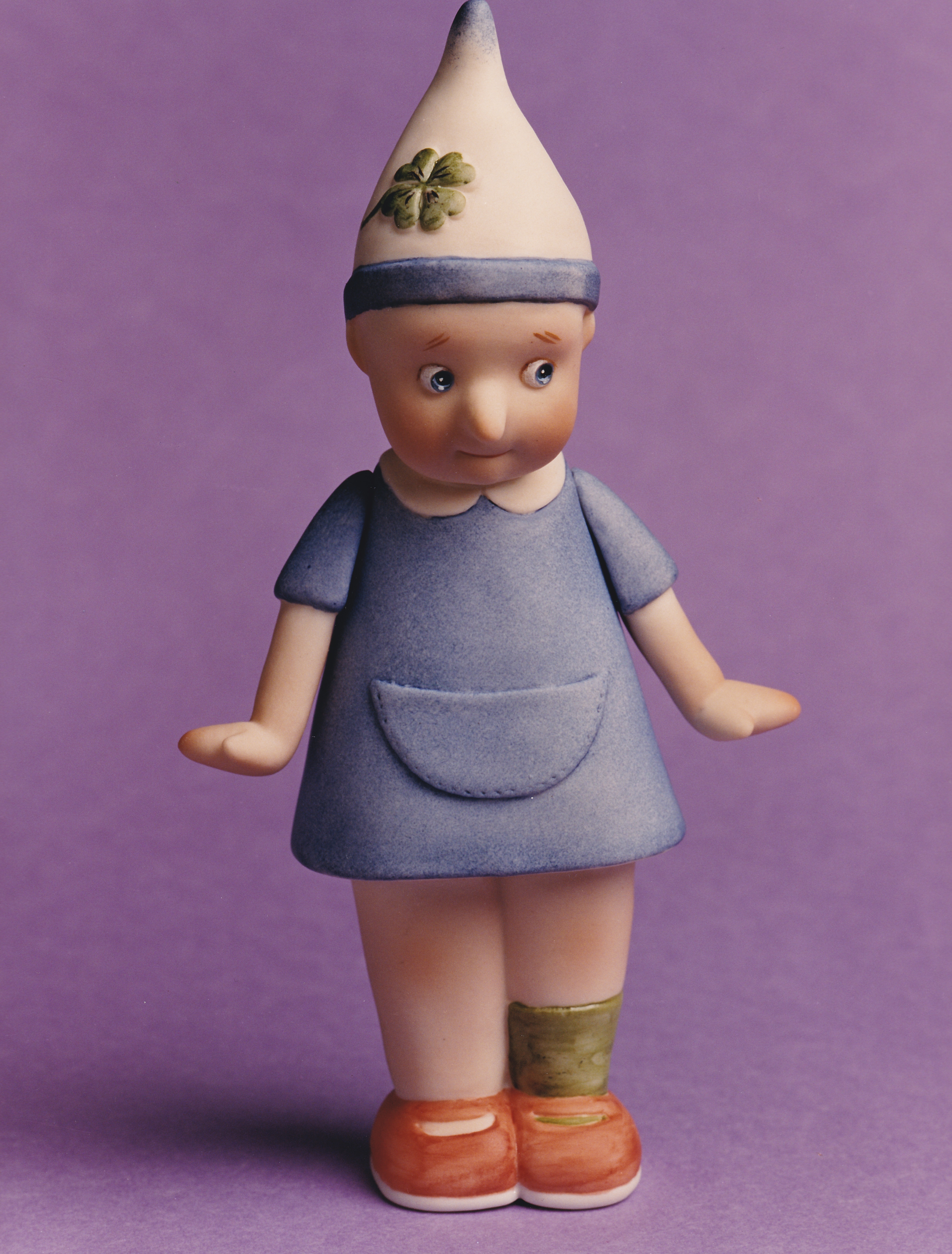 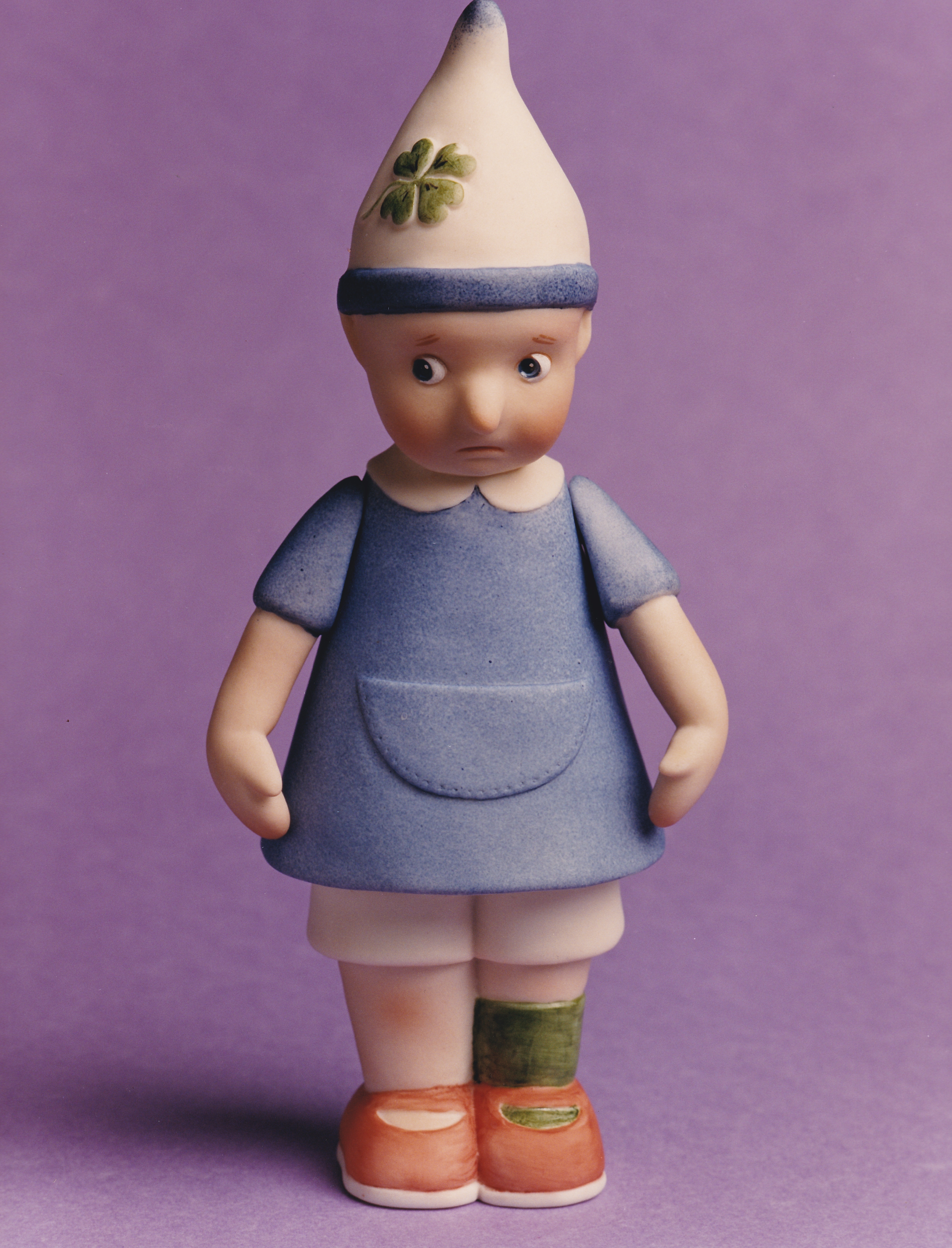 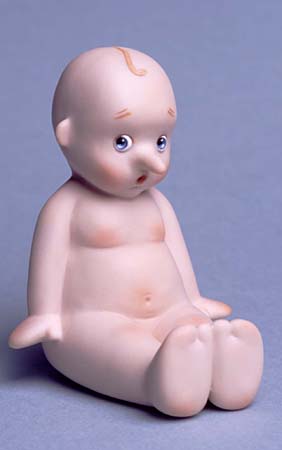 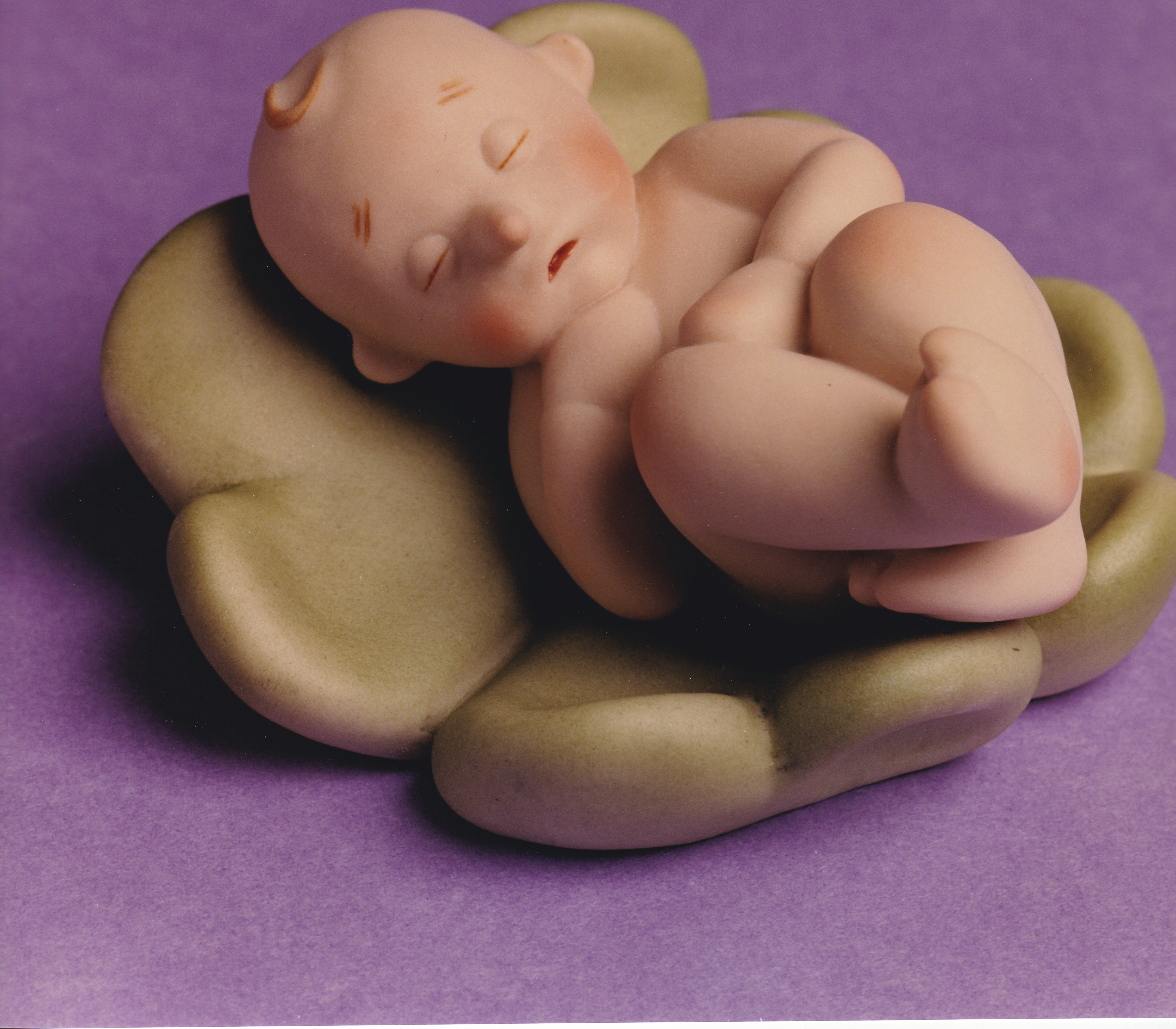 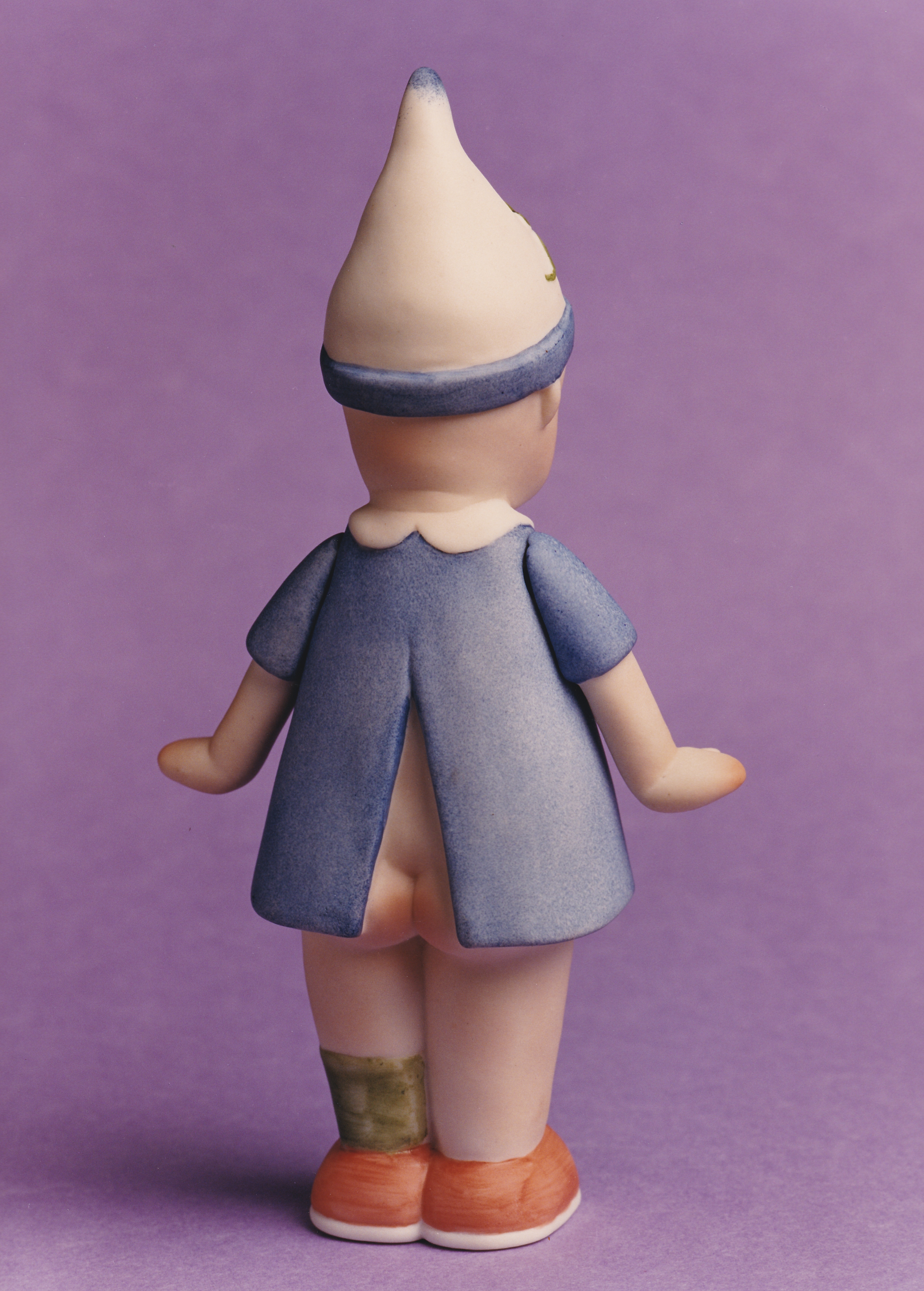 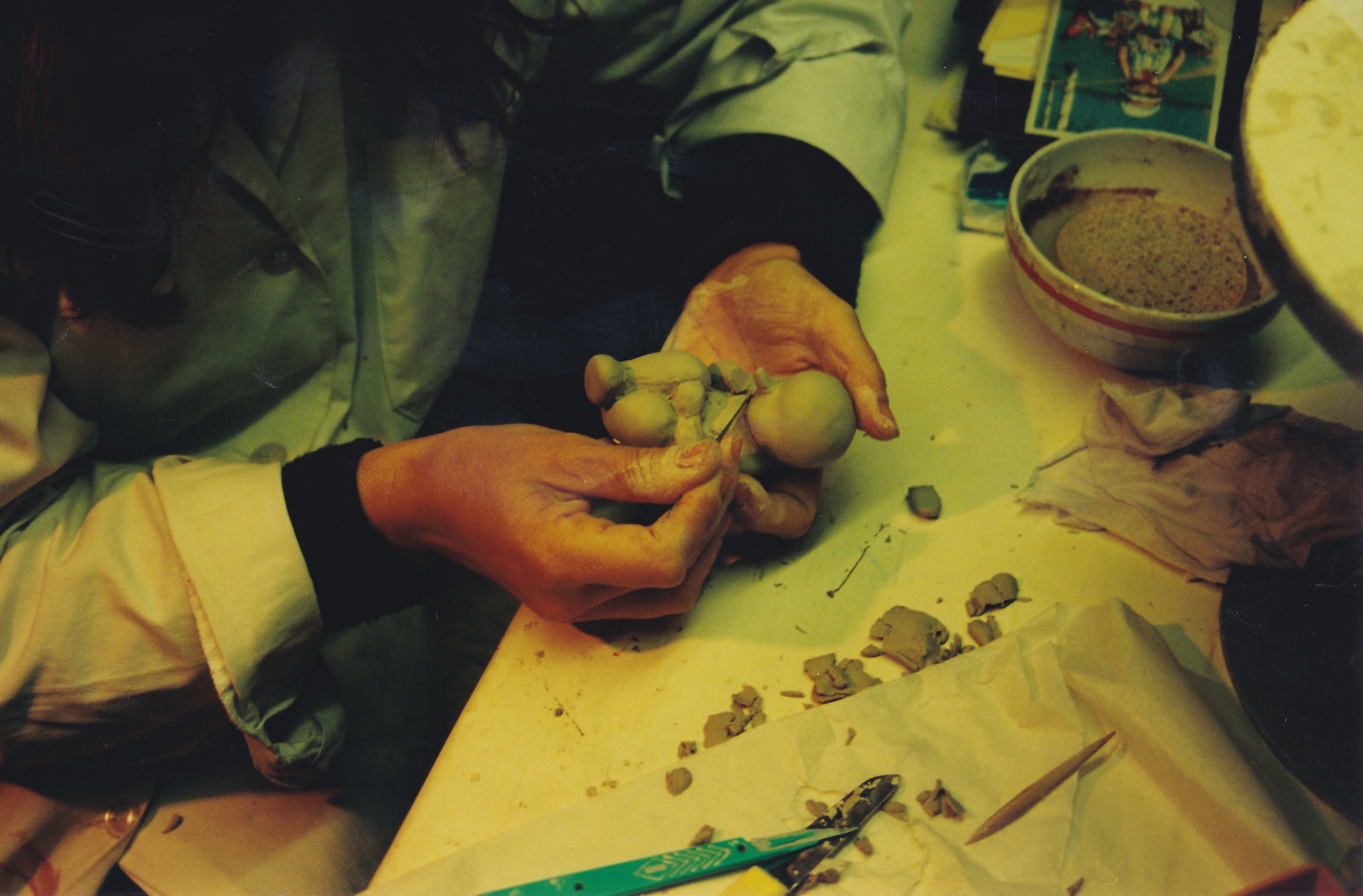 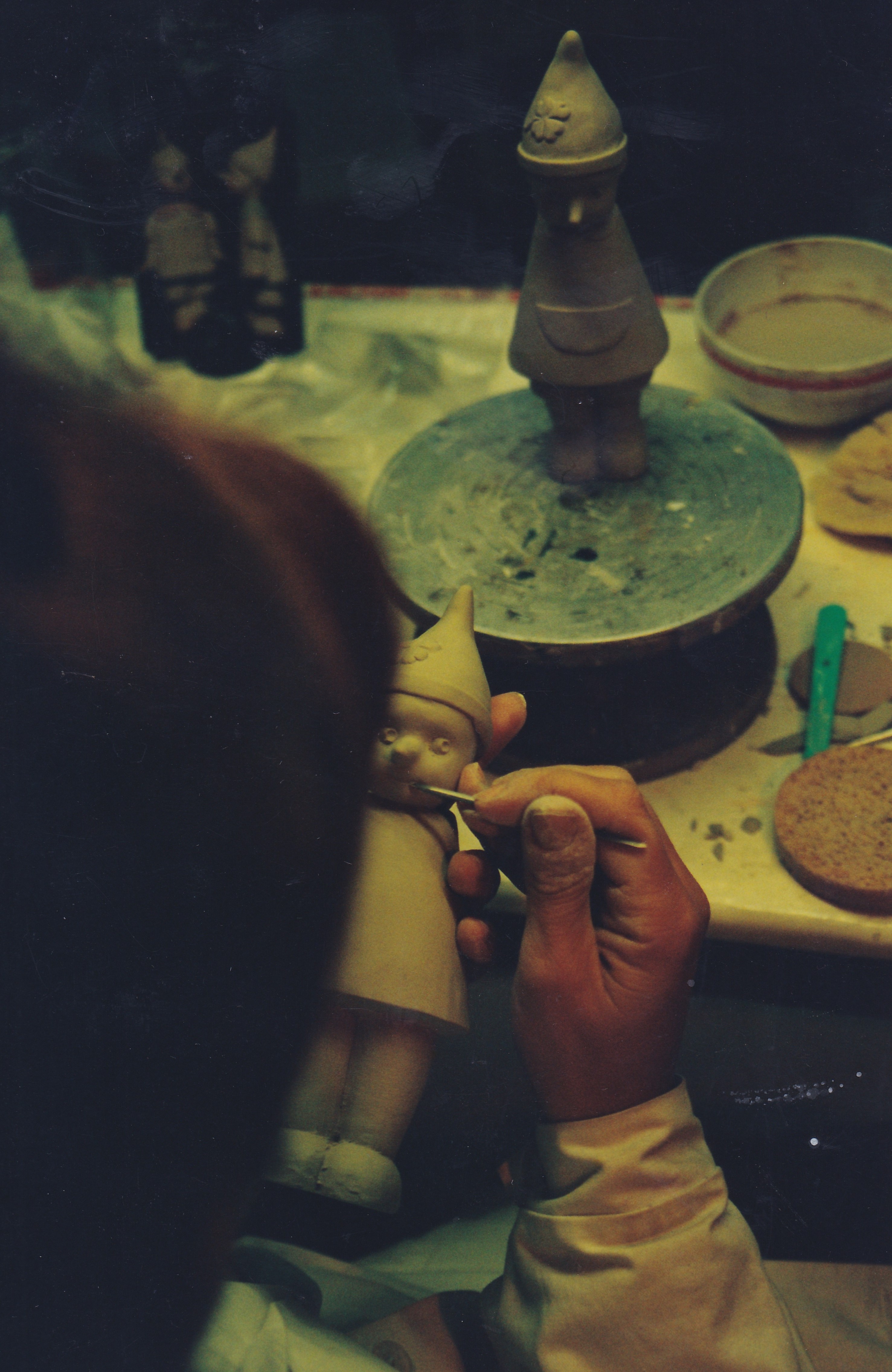 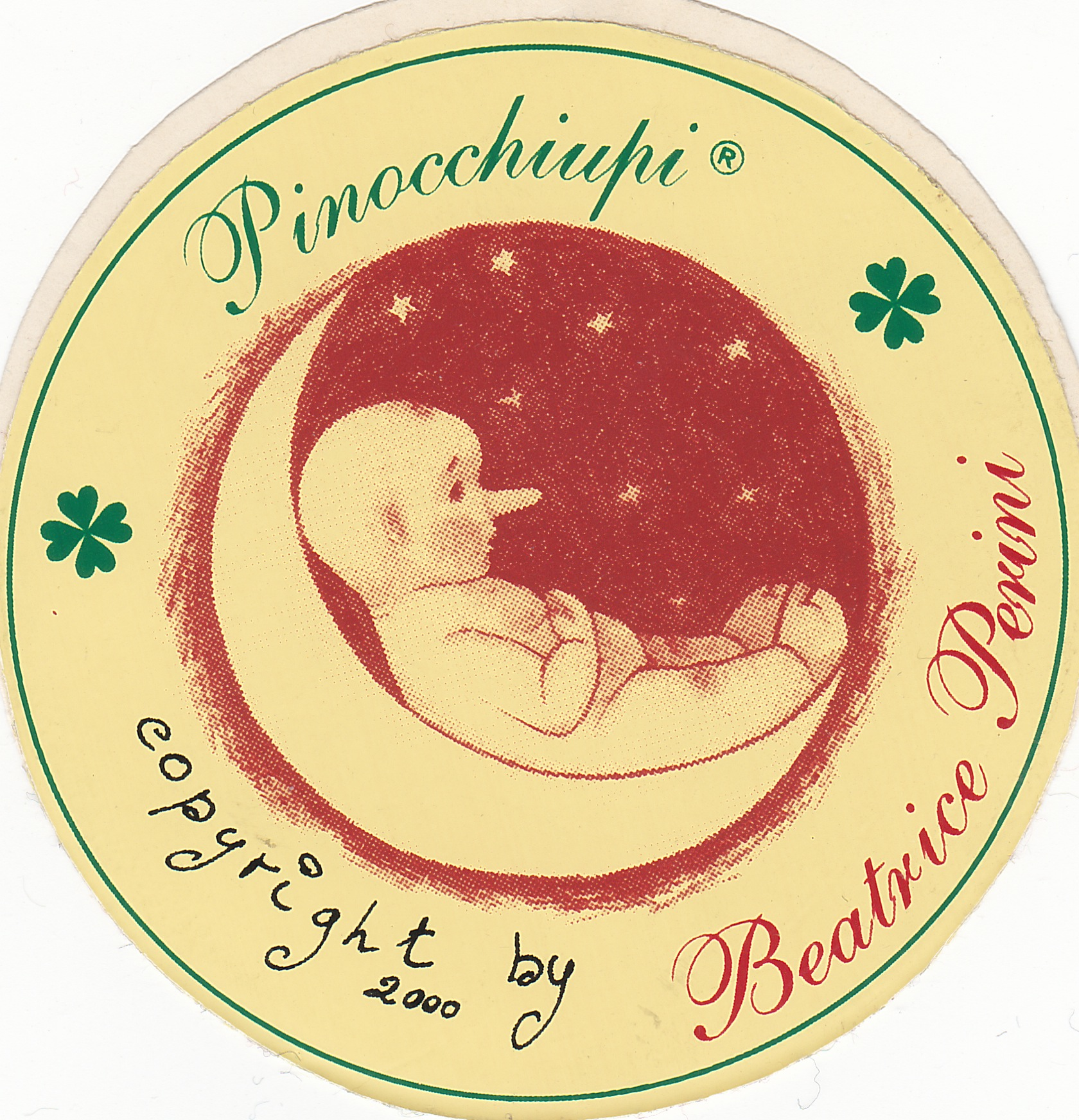